The state of Assam lies between latitude 240-280 in the north to longitude 900-960 in the east. Assam is surrounded by Arunachal Pradesh and Bhutan in the East & North, while on the south it is bordered by the states of Manipur, Nagaland and Mizoram. The state of Meghalaya is situated on the South-western side of Assam, while Bangladesh and Bengal lies on the western side of Assam. Assam, the land of dense forests and rolling plains forms the gateway to North-Eastern region of India. The River Brahmaputra that originates in Tibet carves its way through the state of Assam. The state of Assam is well-known for its rich flora, tea as well as fauna. One can view here the globally known one horned Rhinoceros and various other endangered species of animals. Excluding Africa, there is no other region in the whole world where various kinds of wildlife exists as found in the state of Assam. Various exotic dwellers of this region further add to the enigma of this land. One can never forget the one horned Rhinoceros or the lush green tea gardens that further enhances the beauty of the place. 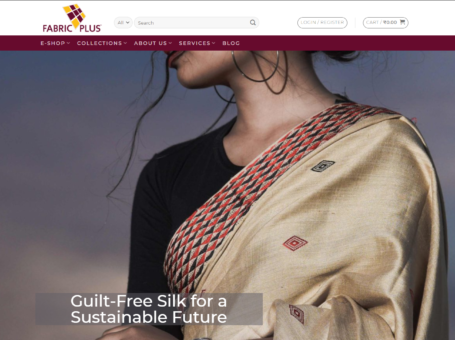 Venturing into the textile sector in 2003, Fabric Plus is the largest commercial producers of Eri

We are a Business Solution Company in Guwahati, Assam. Established in 2017, Digiattract.com,  is a If your child is suffering from2 a blood disease or cancer, a pediatric hematologist/oncologist has